Enter any or all of the following in the above search box to narrow your search: Full Name, City, State, Zip Code, Funeral Home name, the word Veteran, and/or any word that describes your loved one.

BOLTON LANDING NY — Frank P Bergman, 93, passed away with loved ones after a brief illness Saturday, July 21, 2018 at Glens Falls Hospital. He was Born... 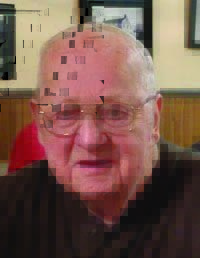 Born January 17, 1930 in Troy NY, Walter was the son of the late Woodus and Harriet (Jones) Johnson.

Walter proudly served his country in the U.S. Army during the Korean Conflict.  Among his duties was being Military Policeman stationed in Germany.

For many years he worked at several auto body shops in the Troy area, retiring from Nopper’s Collision Repairs in East Greenbush.

Walter worked with sheet metal with an interest in welding.  Furthermore, Walter did auto body work from his home.  He was a very social person and enjoyed being with his family and friends.

In addition to his parents, Walter was predeceased by his wife, Joan Keville Johnson who passed away March 9, 2009 in addition to his siblings, Woodus, Jr., George, Albert, Robert and Gertrude Nelson.

He is survived by his second wife, Carol Wadsworth Johnson who he married in November 2011. Walter is survived by his children, Mary (William) Broderick of Schaghticoke, Elaine (Timothy) Larson of Argyle, Nancy (Randy) Crosier of Hebron, In addition to William Johnson of Middle Grove, Daniel (fiancé, Cheryl) Johnson of Selkirk and James (Elizabeth) Johnson of Melrose; as well as a step-daughter, Susan Duell of Ballston Spa. Also Surviving are 14 grandchildren, 10 great grandchildren as well as many nieces and nephews.

Interment with military honors was held at the East Hebron Cemetery in Hebron.

Before the mountains were born or you brought forth the whole world, from everlasting to everlasting you are God.
Psalm 90:2
DailyVerses.net